It’s a natural behavior of text elements to include some space on top (and bottom) of the element itself based on its line-height value. In some cases, you may need to remove those spaces as they can create inconsistencies in your page design. 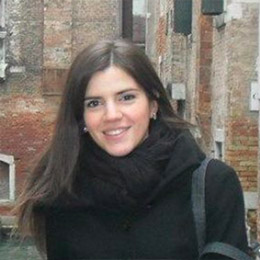 In this article we are going to take a look at how we can remove this space from the text elements using a simple SCSS mixin.

This mixin was originally created for our library of web components and can be easily included in your web project as it has no external dependencies.

👋pssst...we've created a visual tool to set and export the code for the line-height crop (based on our framework). Check out the Typography Editor.

Here’s the mixin you can use to remove the top space from your text element:

Include it in the text element you want to modify, making sure to pass the line-height as mixin argument:

In the framework we built for the CodyHouse library of components, the line-height values are expressed as CSS variable; this means we can use those CSS variables to call the lhCrop mixin:

One of the advantages of doing so is that the crop value will be automatically updated if you decide to change the value of your CSS variables (with no need to modify the mixin call) or if the line-height variable is modified at different media queries (with no need to re-use the mixin).

When using the lhCrop mixin, a ::before pseudo-element is created with a negative margin which cuts the space above your text element.

The idea of using a pseudo element with a negative margin was first introduced by Kevin Powell. He also created the Text Crop Tool that allows you to create your custom mixin according to the font family you are using in your project.

For our mixin, here’s how we got the value for the margin-top:

This means the sum of top space and bottom space is going to be:

Assuming bottom and top spaces are equal, it gives you:

The opposite of this top-space value gives you the value used in the mixin (you want a negative margin to crop the top space).

We could have created a similar mixin for the bottom space (or included it in the lhCrop mixin) but this is something we have not been needing so far (so we probably won’t be including it).

If this is something you need, then here’s what you have to do:

The lhCrop mixin is based on two simplifications:

In our experiments, it turned out these two simplifications were more than acceptable and we were always able to obtain the result we were looking for. You may not be able to achieve a pixel-perfect crop but, in our opinion, the ease of use of the mixin makes up for this minor approximation.

You can push the mixin a little further if you want to address the first simplification.
Taking the Roboto font family as example, if the height of the capital letter is not 1*font-size but 0.75*font-size, then the above margin value becomes:

Our lhCrop mixin could be modified to take this variable into account:

This time we can pass a second value to the mixin: by default, this value is 1 (so capital-letter height equal to font-size) but you could use a different value if you need more control. In this case, here’s how you would use the mixin:

If you are planning on using this modified version of the mixin, then a good approach would be to define, in your custom-style/_typography.scss file, a  -- capital-letter variable for each one of your fonts and use that variable when calling the lhCrop mixin:

This makes your system quite easy to maintain: if you need to change your font-family, you’ll only need to update the  -- capital-letter variable with no need to modify the mixin calls.

Here’s an example of this mixin in action:

As for the second simplification, you would need to take into account the descender (bottom space) and the ascender (top space + capital letter) of the font family you are using.

We actually didn’t go into this level of customization as it was not necessary for our use-cases.

If you feel like you need a pixel-perfect precision or if the font you are using has a strong unbalance between top and bottom spaces, then the Text Crop Tool is probably a better solution for you.

For now, we have decided to go with the simplified version of the mixin (we have not included the second $capital-letter argument) as it turned out to be accurate enough in all our experiments so far.

Level up your CSS skills

Awesome! We just sent you a confirmation link by email

Your email address is already subscribed

There was an error while trying to export your project. Please try again or contact us.